Here are a few more comparison shots of the same Prairie Mountain Cabin, one built on the Smith River and the other built on Poorman Creek near Lincoln Mt. and the beautiful Bob Marshal Wilderness Area.
I think these photos show that with a few cosmetic changes the entire look and feel of a cabin can be altered to fit an individuals taste and personality.  Both of these cabins are in the final stages of finishing and  I will post  comparison photos of the unique interior choices later this summer.

A special note on the Lincoln cabin.  This cabin is now being offered to rent by the week or weekend.  Check it out at   www.vrbo.com 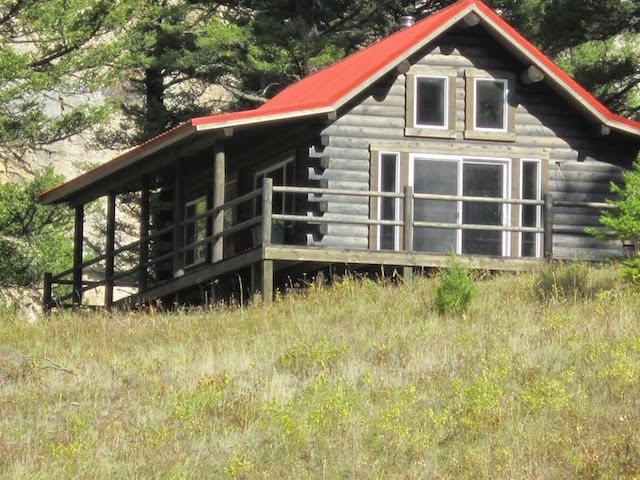 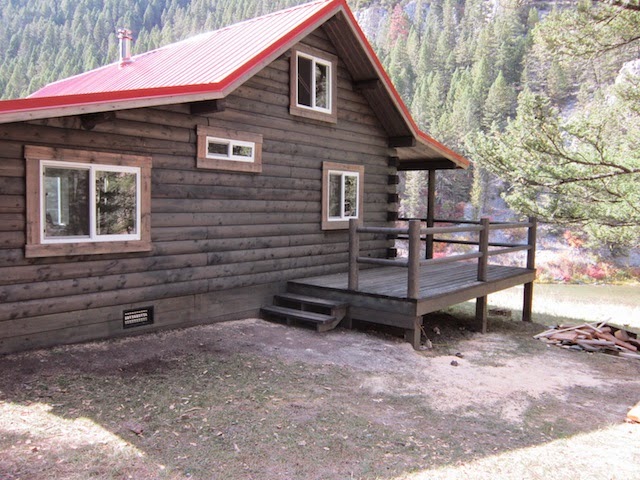 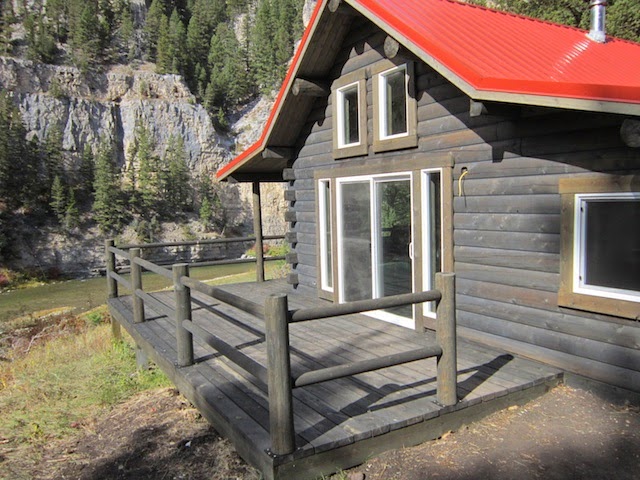 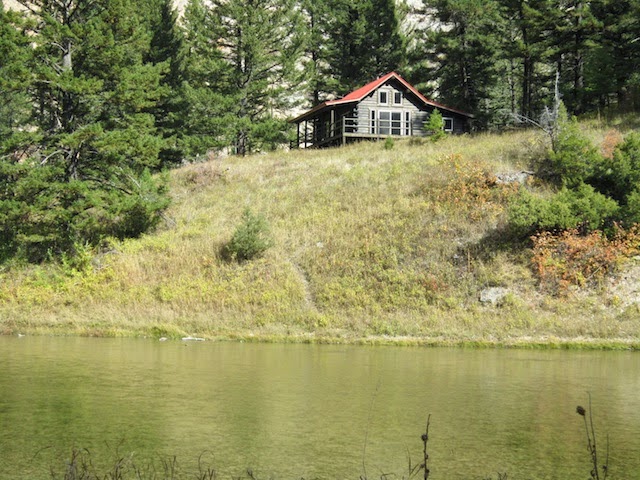 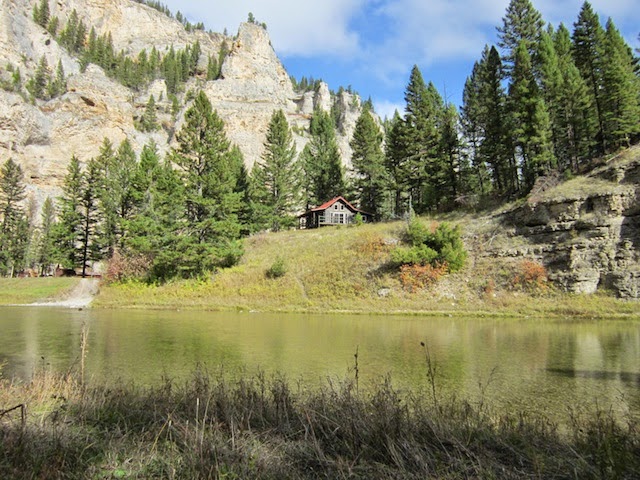 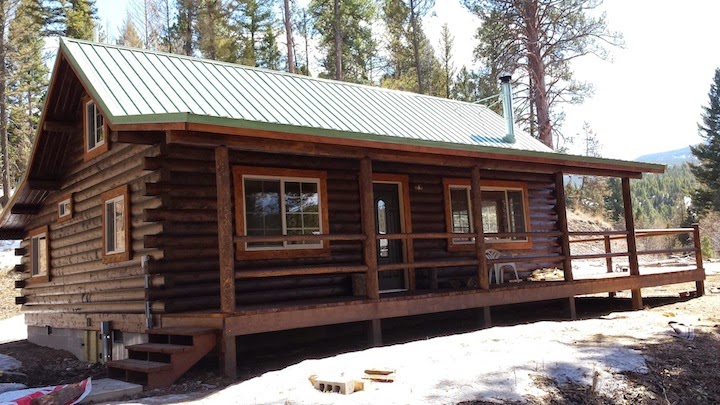 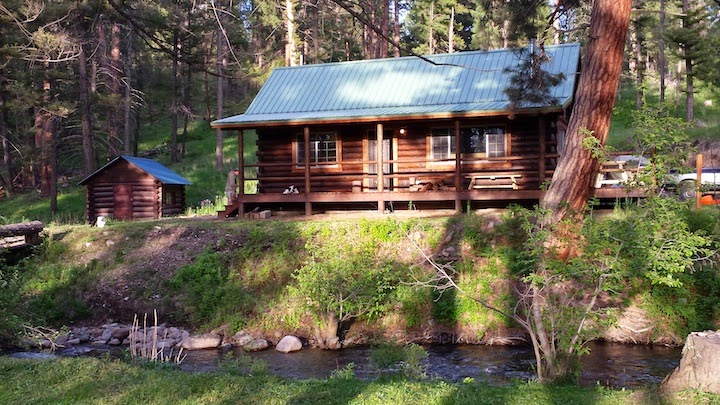 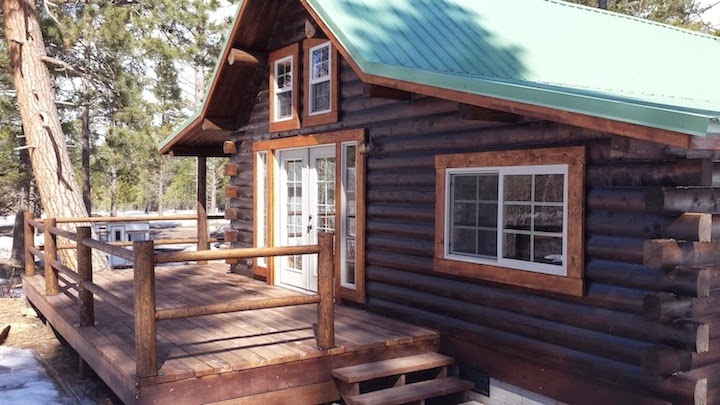 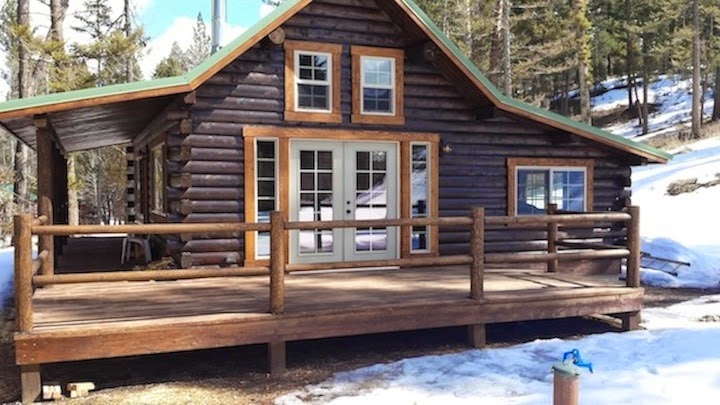 The basic configuration and log construction of both the Smith River and Lincoln cabins were the same, so Iv'e decided to only show one during this phase of construction.  These are photos of the Smith cabin going up.  I am using 6x8 inch double tongue and grove logs for the walls.  The posts and main support beams for both projects were selected and cut from the properties and hand peeled on site.  The roof decking is tongue and grove 2x6 fir.
In the last three photos you can see the grey stains we used on the Smith cabin to give it an authentic old montana cabin look.  The cabin is now ready to insulate and roof. 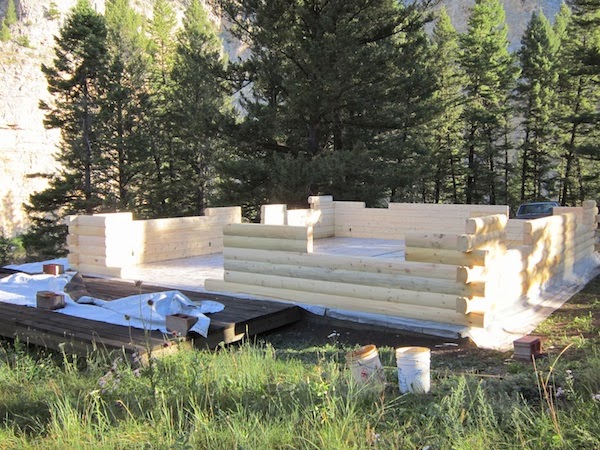 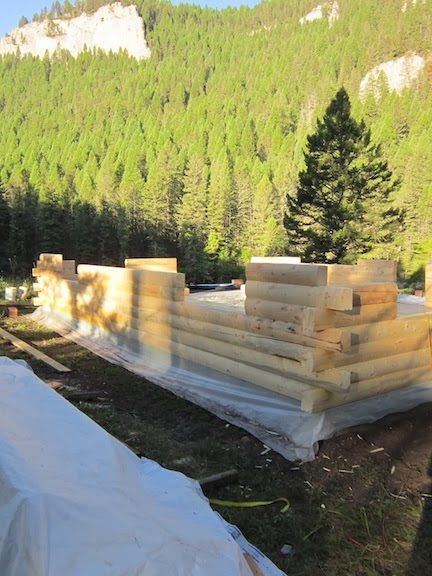 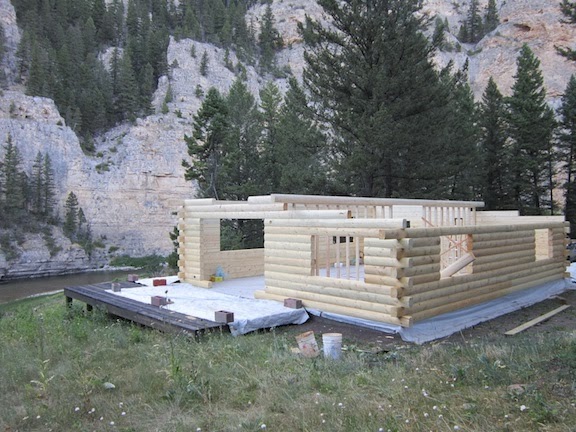 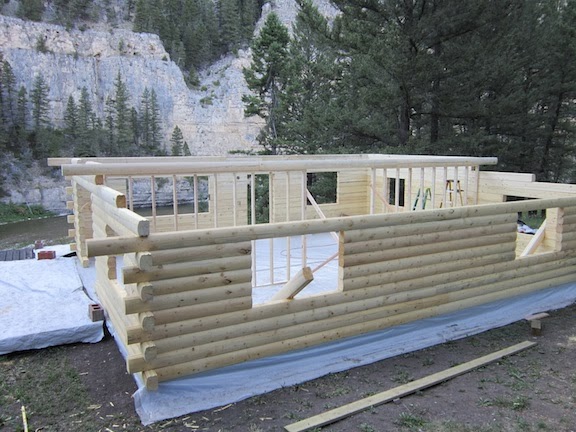 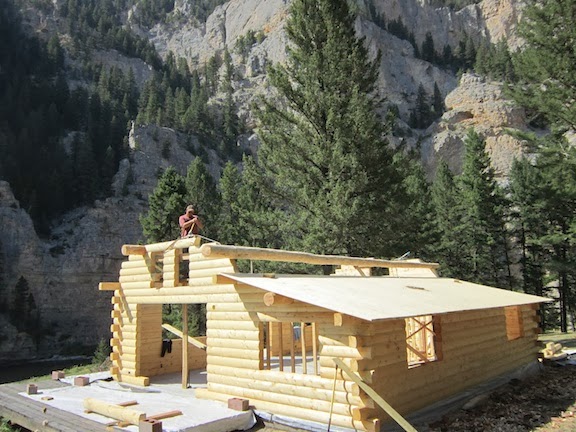 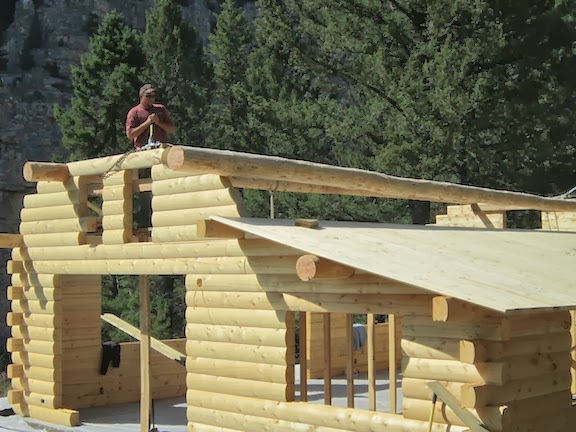 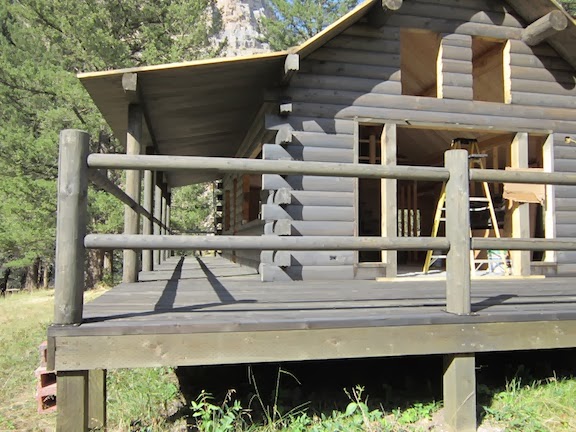 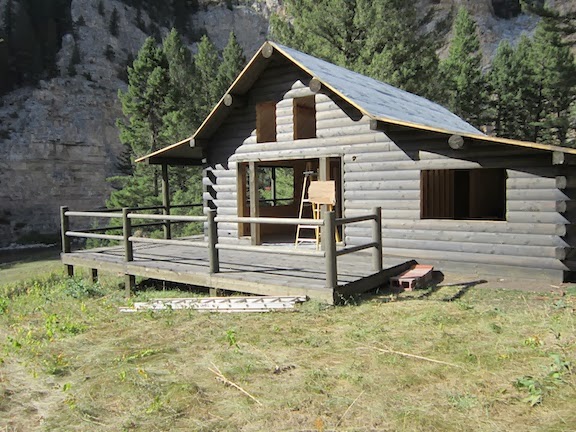 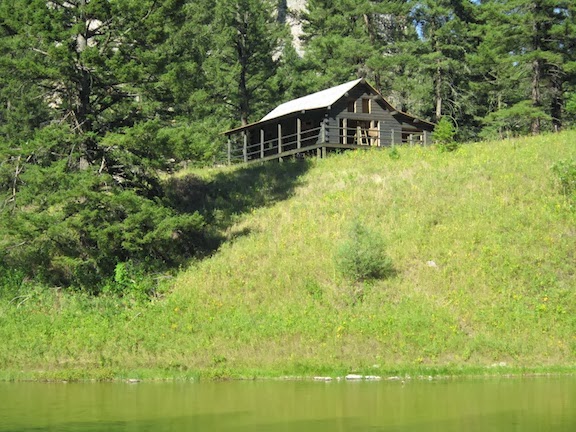 A Tale of Two Cabins

In my last post I described the start of my cabin project in the beautiful Smith River Canyon.  I intended to show this project in sequential form throughout its construction.
Funny things happen however when you build in remote locations, especially where river crossing are involved.  High water caused a few precarious situations early on with bringing materials to the site.
So instead of risking the chance of having part of my cabin float down river, with me on board, I decided to start another project at the same time.  It's the same Prairie Mountain Cabin design but with some different finishing choices.  I am building it up in the Lincoln Montana area.  I am happy to say this is also one of my favorite Montana locations.
The result turned out to be an interesting comparison of two similar yet unique cabins going up at the same time.  I will show the results in several posts in the coming weeks.
Here first is a look at the Lincoln cabin foundation along with the floors and decks for both cabins.  In the previous post I showed the foundation for the Smith cabin.  Note the change from the post and pressure treated foundation on the Smith cabin to the concrete block and poured footing for the Lincoln cabin.  Both foundations have their merits depending on the cabins use and location.  Both are well insulated and provide adequate access to the utilities underneath.

It is easy to immediately see the difference in finish styles by taking a look at the floor and deck photos for each cabin.  The Lincoln cabin has the more traditional colors I usually use while the Smith cabin is an experiment in grey. 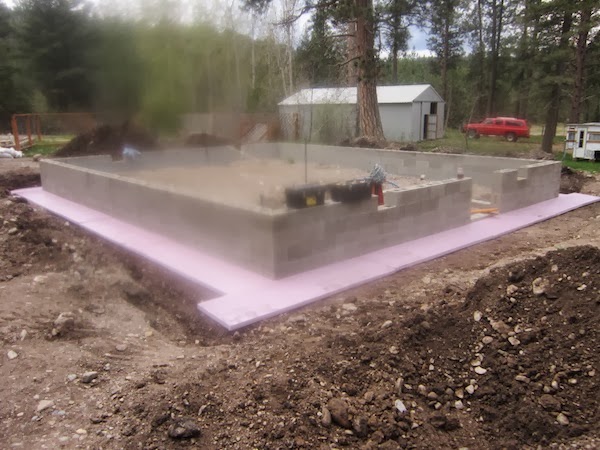 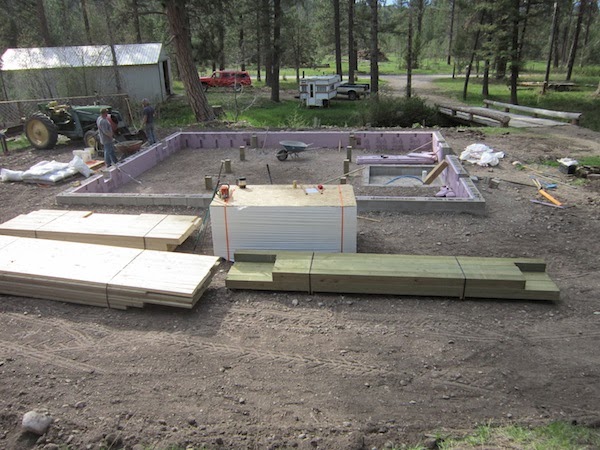 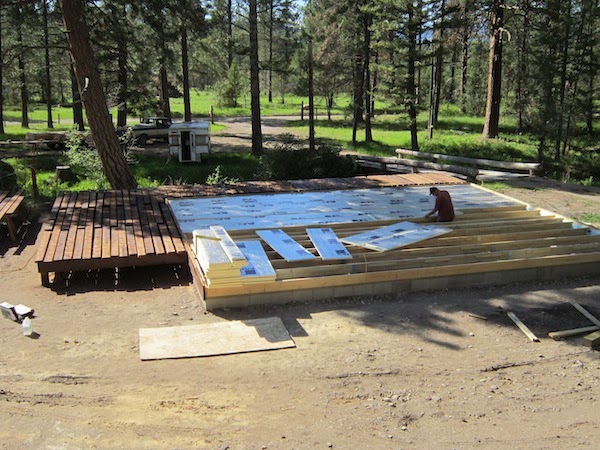 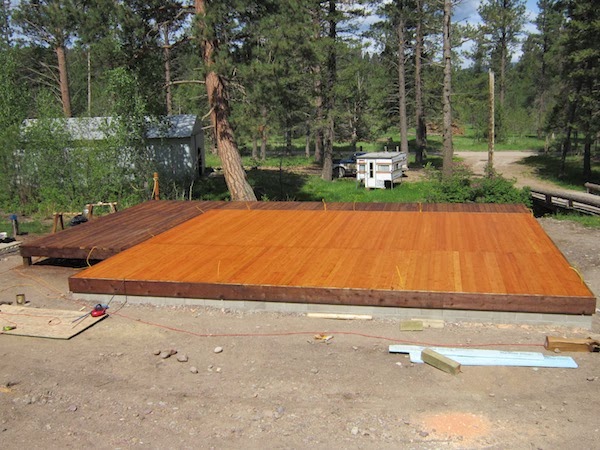 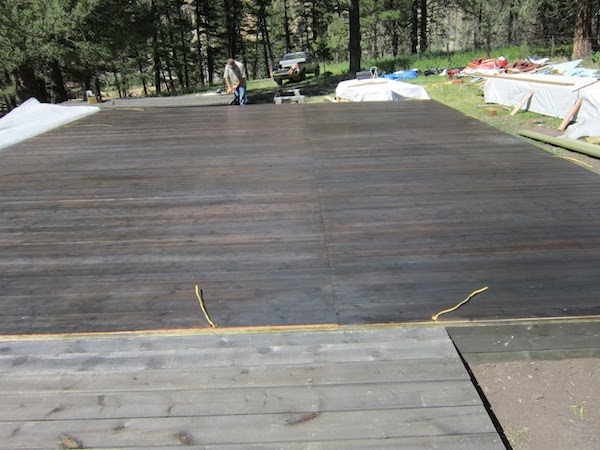 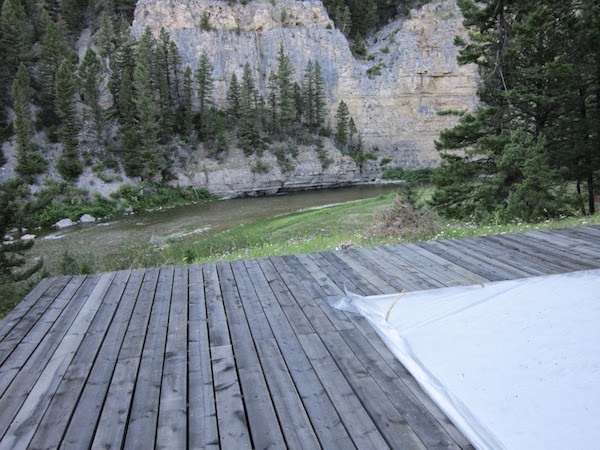 Nick Hammen - Montana Cabin Builder
On this Blog I'll be showing new cabin projects as they're built. Feel free to call me at 406-217-7680 to discuss your new cabin!